Bowl feeder uses an acoustic wave to transport anthill gravel into a stream via the gravel ramp for picking.

An air puff diverts fossils into a specimen cup via the sort tube.

Sorted out aprox. 500 Lance anthill specimens (mostly bone) out of a baggie full in less than an hour. 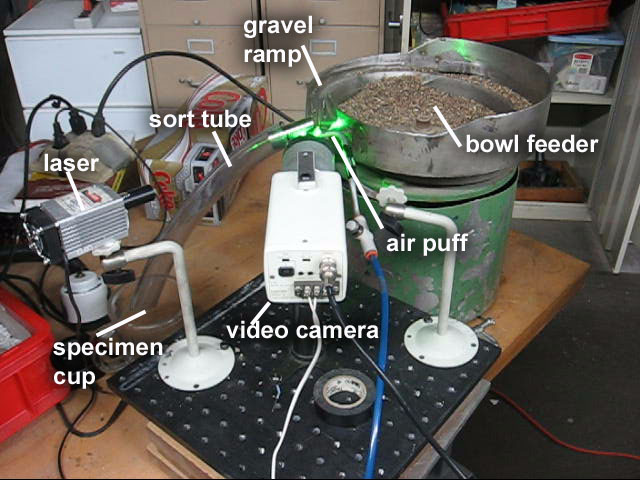 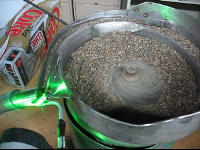 AVI movie (click on picture) of gravel moving up ramp. It is not sorting here because
it needs to be in a box out of room light. (10 meg) 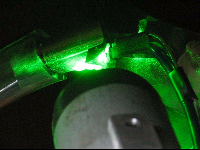 AVI of actual sorting. The air puff is not working well here and I fixed it later.
(15 meg) 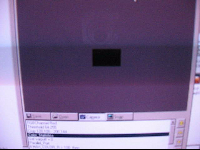 AVI of the machine vision software spotting the specimens. Gravel is
ignored and does not appear, red blobs are the shapes of the specimens.
(7meg) 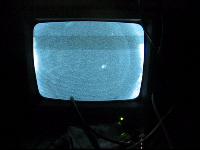 AVI of what the video camera sees. You can see dark gravel go by but
brighter specimens get diverted. (8.5 meg)

If the air puff is replaced with a trap door, the entire system can be brought in the field and run anywhere there is power. The handling of the specimens can be refined so they never impact or leave a control surface. They would in effect SLIDE from the bowl into the specimen tray. The bowl feeder is a common industrial item that typically can handle even glass objects without damage. The entire assembly (except the bowl feeder) can be much more compact and robust.

This system opens up entirely new potential for expanding the known fauna of most formations. The laser stimulation so far can make fossil material light up that does not fluoresce under UV light. It will no longer be necessary for volunteers to spend years examining a few tens of lbs. of material. I will be giving a talk on this at the Tate Conference and hopefully at SVP

PS It gets amber too!!