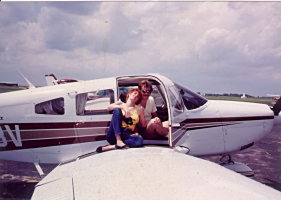 In the early 90's I rode the ups and downs of a small business, learned to fly a plane and discovered paleontology. The paintball industry took off and we rode the wave through the decade. Later, Carol and I renovated a house and sent her daughter Dana off to college. In the early part of the decade, myself and several grad students from the University of Chicago founded the Fossil Frontier Expedition which racked up 8 years of field work. In the late 90's when the comet hit Jupiter, I got started in astronomy. 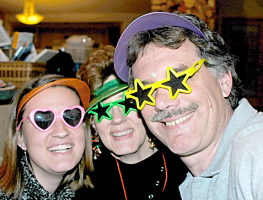 The millennium brought a new focus and Carol and I are sorting out what is and isn't important to us and planning out the rest of our lives . We are finding that time is more valuable than money and it takes less to make us happy than we thought.  We plan on moving to Arizona where the weather and locality make it perfect for us to pursue our interests.
Created & Hosted by TechPro